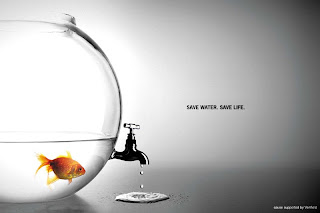 My little cousin asked me to tell her something to write on “Earth” in 50-60 words. There were many things that wanted to come out from my jumbled up mind. But I stopped, wondered for a moment and reflected; that, I cannot outpour everything. But after a while it came to me to write everything down that came into mind.
Our earth is home for more than 6 billion people. It constitutes of varied splendor of Allah Almighty in innumerable forms and ensures the well being of humans. It has lush green forests, deep blue seas, barren deserts and vast fertile lands. It is in fact an unfathomable resource of tranquility for its habitants. It provides us food to survive, shelter to live, water to rejoice, desire to beauty, passion to struggle, challenge to overcome, compassion to love, fear to dread and many things which are the foundations of not only our physical world but composes the very fabric of cognition and conscience of human minds.
To this blessed life we enjoy for granted, we enjoy a bounteous time on this earth to “pursue our happiness”. Whether it is peace or frustration in our souls, our failures or success, the only thing that compels us forward and makes us think is our compassion and love for others. In this hectic pursuit of our very existence where ‘fittest one survives’ we don’t really bother about our fellow beings, ‘Earth’ which is home to us, weak who we have to support and to ‘might’ which has to be subjugated by morality. In our pursuit we end our lives in a box failing to think outside of it and thus fall into the pit of selfishness.
On this day let us revive that compassion that has been compelling us to evolve and has consumed the resources of our ‘home’ that is always the dearest thing of all. Let us be united, like in our homes, let us rejoice peace, like in our achievements and let us eradicate dread like we lend hands to our brothers and sisters in their distress. Let this ‘Earth’ be ‘home’ to us, let it be the epiphany for those who transgress and haven for those who care.

Posted by Unknown at 6:28 AM No comments:

Learning how to learn

Out of curiosity and my attitude of criticizing i have tried and summed up my reflections and thoughts about the modern educational system. This reminisces of mine have been shaped by some of the most renowned scholars like Allama Iqbal, Dr. Mehmud Ahmad Ghazi, Dr. Rafiuddin and others whom i have forgotten. This post below contains nearly half of what i have written and i will be posting the remaining article shortly InshaAllah.


This article is written as a critique on modern education, its implications and to understand where it has lacked and how we Muslims have to transform education in order to preserve the human moralities and Islamic ideology. This is the first article which encompasses the influences on modern education and its origins. In further articles, it will be tried to come up with some rationale on which to build the structure of modern education which keeps human nature intact with its ethics and preserves the teachings and injunctions of Allah Almighty. There has to be a balance between what we take from the prevailing system in which we Muslims are dominated by another civilization and have to decide what is useful for us and what it is that divides and rules us. Just two hundred years back we were united but now grand walls of utilitarianism stands between us which has in fact nothing to do with us or our civilization.
Contemporary education or modern literacy I believe has harmed, as well as benefited human race. To understand the long lasting effects of modern education we have to go back in history towards its inception. From there I believe we can conceive the idea of what contemporary endeavor of modern education is. For now it is enough to say that it has given us war, bloodshed, imperialism, and nationalism. It has divested the superior human values from us and has evolved human society which is individualistic in nature. Where men are all involved in performing feats of personal gratification in which there is no room for love and care with shear selflessness. It has so far given two major wars or world wars in the human history. This cannot be said the age of enlightenment nor is it the Dark Age. It is a delusion of evolution without any direction. No doubt that science and education of people has given us some wondrous inventions and has laid the foundations of various subjects but these were supposed to make human life easier and were to make them civilized. But repercussions have been disastrous. As humans we are on the brink of making some decisions which will in fact architect our future.
Now let us delve into the influences that modern curricula’s have in common.

The modern age of industrialization initiated by the Great Britain was founded on the sentiments of increasing productivity, On these grounds it can be said that it was related to greed present in human nature. It can also be linked to increase in population but more or less it can be related to greed or avarice. With this radical change there came a rush of inventions and products that changed the face of human society for ever. Previously wars were fought for land, ownership and money; this is not changed even now, groups or clans for their own sake of safety, protection and survival wage wars on other similar groups(by groups today, I mean Nations and corporations). Today, the businesses are running on the Machiavellian thought and totalitarianism without any bounds and without any ethics. This has created the domination of a system based on money and power. Capitalism whose decline has just been started in Wall Street outlines a system in which the whole of economy stands on the greed of humans for power and beauty, which when stripped off from ethics, results in the bigotry of unequal distribution of wealth.
This system is the sentiment of today’s educational system. The degrees which are now offered are only to sustain this system, to make it robust, and are only for its embellishment. The curricula have failed to give people any higher aim of living. Those who aspire for greater good are themselves restrained to a small local level and have up till now failed to achieve any milestone in bringing a halt to the devastation borne by a vast majority of people around the globe. (We are aware of bombings in Japan, massacre of Hitler, Bloodshed by Communists, Economic Depressions).
Capitalistic ideas must be taken critically and should be renounced as the final word for the economic system of humans. This indicates the revitalization of the sentiments on which the subjects are taught in schools and colleges.

About me and this blog!

Sometimes an extremist (not in the contemporary negative sense of course), sometimes laughable, sometimes confused, sometimes enthusiastic, sometimes passionate, sometimes innovative and always being confident I am a student of Industrial and Manufacturing Engineering. Inspired to write by my friend Khawaja and to blog by another one - Umer Toor. I am here writing about myself for the first time – I am a person always seeking to improve myself according to Allah’s will and learning to strengthen my faith in Him. I write to tell you, about, how I perceive things and I write to tell you how I feel, it is nothing but the words which can reflect my inner side. The sole purpose of this blog is catharsis of my soul, spilling out of thoughts, building up of understanding, and eventually gratifying Allah.

I am always stranded in the commotion of my thoughts never being able to find my way out. I iterate this into very small pieces and then try to learn from it. Unsatisfied with my own actions I let them drift away in the direction they want to flow and I pray that may Allah give me strength and courage to dam them in His Sea of wisdom and in His Sea of guidance.

Here at this blog I welcome you all to put up your comments, critics, critiques, reviews and analysis of the anatomy of my thoughts illustrated in my posts.